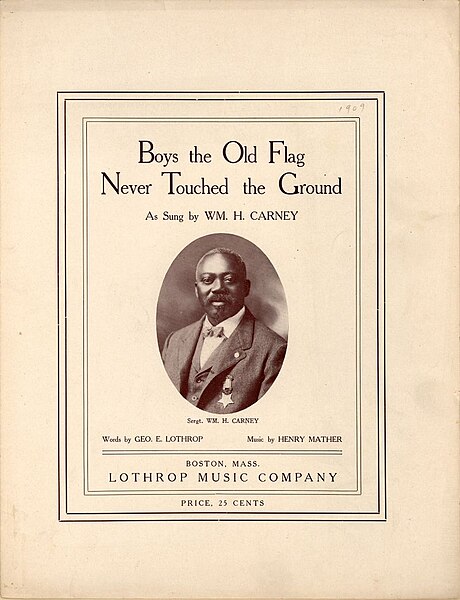 These are pictures of some very cool figurine displays that were posted to the Facebook page of the United States Colored Troops Living History Association. Unfortunately, the site of these displays is not clearly identified. Too bad; I’d love to see them in person. If anybody knows where these are, please drop me a line.

Figurines of soldiers from the American Revolutionary War. The figure to the far right is wearing the uniform of the First Rhode Island Regiment, which fought with the Patriots.
Image Source: United States Colored Troops Living History Association, added on January 18, 2015.

I suspect this scene is based on the story of Henry “Box” Brown, a 19th-century Virginia slave who escaped to freedom by having himself mailed in a wooden crate to Philadelphia, Pennsylvania abolitionists.
Image Source: United States Colored Troops Living History Association, added on January 18, 2015.

A great way to celebrate Memorial Day is by visiting one of the dozen monuments that have been erected to honor the United States Colored Troops (USCT) who participated in the Civil War. I have identified the following monument sites which are in several states and the District of Columbia. [If you know of any that I’ve missed, please write to me and I will make an update.]

The information about each monument site is brief. Originally, I wanted to include a lot more information, but then the post became too large and unwieldy. I’ve provided links that give additional details, and I encourage you to follow them and explore.

My main focus is on monuments, which I define as large, usually sculpted outdoor pieces. There are many other markers, which are smaller commemorative pieces, that honor the USCT (and which may identify themselves as monuments); I have indicated a few of these in this blog entry. Over time, I may add more.

This is an example of a smaller memorial marker which I have not included in my list of USCT monuments. However, I have listed a couple more of these smaller markers below.
This marker is from the Cabin Creek Battlefield near Pensacola, Oklahoma, and commemorates the First Kansas Colored Infantry. Click on the image to see a larger size version of the photograph.

If a particular monument is a sculpted piece, I’ve tried to include the sculptor’s name. Some monuments are simply large headboards with engravings, and would not have required a dedicated sculptor to produce original art.

For those who are interested in visiting USCT burial sites, please go to RESTING PLACES OF UNITED STATES COLORED TROOPS.

Of note is that at least sixteen of these monuments were erected in the past 20 years. My speculation is that this recent interest in memorializing the USCT got its impetus from the 1989 movie Glory, which is a fictionalized account of the 54th Massachusetts regiment that served in the Union army.

Other USCT monuments which are not shown in this blog entry (click on the links to see and read about these monuments):
18. Freedom Park – Helena, Arkansas (see also here). This site features several sculpted pieces and information markers which commemorate the experience of black soldiers and civilians in the city during the Civil War. Helena was the site of a large refugee camp for slaves who fled their owners; these camps were sometimes called “contraband camps.” According to this information marker, black enlistees from the Helena/Phillips County area formed “the 54th, 57th, and part of the 69th (regiments) of the U.S.C.T.”
19. African American Soldiers Monument, Danbury, Connecticut. This monument is dedicated “to the memory of the black soldiers of Greater Danbury who served in the 29th and 30th Regiments Conn. Volunteer Infantry during the Civil War 1981-1865.” The back of the monument bears 70 names from the 29th Conn., and honors 16 who were killed in service, as well as nine names from the 30th Conn., including three who were killed. The monument also lists a dozen names from other Connecticut and New York regiments and the U.S. Navy, including one soldier who lost his life.
20. African American Medal Of Honor Recipients Memorial, Wilmington, Delaware. This monument is dedicated to the 87 African Americans who were awarded the US Medal of Honor. The sculpted piece includes a depiction of a Civil War era African American soldier.
21. African American Civil War Monument in Decatur, Illinois. This monument commemorates the entire African American Civil War experience, and includes images of Colored Troops, slaves, freedmen/contrabands, and Abraham Lincoln and Frederick Douglass.
22. Union Monument at Fort Butler in Donaldsonville, Louisiana. This monument is dedicated to the African American soldiers who fought at the Battle of Fort Butler.
23. United States Colored Troops Civil War Memorial Monument in Lexington Park, Maryland.
24. 54th Regiment Massachusetts Voluntary Infantry Plaza in New Bedford, Massachusetts. This plaza/park features a columned archway and water fountain that commemorate the all black 54th Regiment, and is near the location of a recruiting station where many of the regiment enlisted for service.
25. Corinth Contraband Camp, Corinth, Mississippi. This site is a monument to freed blacks, AKA “contrabands,” and includes sculptured pieces of African descent soldiers.
26. Monument to 26th Regiment United States Colored Infantry, Ithaca, New York. This monument is located at an African Methodist Episcopalian (AME) church which served as a recruiting station for African Americans in upstate New York.
27. All Wars Memorial to Colored Soldiers & Sailors in Philadelphia, Pennsylvania. This monument is not strictly for USCT, and it physically depicts World War I era soldiers. But it’s on the list because it honors all African Americans soldiers through World War I.
28. Camp William Penn memorial in Cheltenham, PA, which is just outside of northwest Philadelphia. Camp William Penn was the first federal facility dedicated to training African Americans who enlisted in the United States Army during the American Civil War. Just under 11,000 men of African descent were trained at the site, and they formed 11 regiments in the United States Colored Troops (USCT).

Finally, these are some noteworthy memorial markers to African Americans who fought in the Civil War:
29. Monument to the 1st Regiment, Kansas Colored Volunteers, Honey Springs Battlefield, Checotah, Oklahoma. This commemorates the black soldiers who fought at Honey Springs in what was formerly Indian Territory.
30. Monument at Petersburg National Battlefield, Petersburg, Virginia. This recognizes the service of United States Colored Troops who participated in the Siege of Petersburg during 1864-65.
31. See the memorial to the 1st Kansas Colored Volunteers at the Cabin Creek Battlefield near Pensacola, Oklahoma, which is shown above in the beginning of this blog entry.

This list was developed mainly from research done on Internet. The ‘net can be unreliable at times, but then, this post would not have been possible without on-line resources. I invite one and all to identify any errors in the text below, and I will work toward making the corrections on a timely basis.

This monument to the much storied Connecticut Twenty-Ninth Colored Regiment is, to me, one of the most visually striking of the USCT memorials. It is in a circular space that features a large obelisk at its center which is partially encircled by eight stone markers that feature the names of regiment members. The obelisk has images of the soldiers and an inscription which tells the history of the regiment. More regiment history is here.

The memorial was erected in 2008 by the Descendants of the Connecticut 29th Colored Regiment, C.V. Infantry, Inc. The sculpture was designed by Ed Hamilton of Louisville, Kentucky. Images of the monument dedication are here.

The memorial is in the northwest corner of Crisuolo Park (a.k.a. Quinnipiac Park) off Chapel Street. The park is just east of the Mill River and north of the Quinnipiac. It is accessible from northbound I-91 off exit 5 (State Street) via James Street. Click for map.

For additional information:
Entry in the Historical Marker Database
A Sketch of the 29th Regiment of Connecticut Colored Troops by Isaac J. Hill, 1867
Connecticut African American Soldiers in the Civil War, 1861-1865 (PDF)