From the Louisana Weekly online:

The atmosphere in City Council chambers both before and after the public comments and the vote, was decidedly intense, with a third of the audience comprised of Black men and women old enough to have lived through legal lynching, segregation, and the tumultuous Civil Rights era. One man handed out t-shirts featuring a Black male urinating on a Confederate flag. A woman distributed “Kiss White Supremacy Goodbye” cookies.

The whole story is here.

My thoughts on where we should go in terms of dealing with these monuments is here: Going beyond the Confederate Flag Controversy: Missing Monuments – The Unfinished Work of Commemorating the African American Experience in the Civil War. From that post:

No state is more significant in the history of African American soldiery during Civil War than Louisiana. Louisiana provided more African American soldiers to the Union than any other state. Three of the first five black Union regiments were formed in the state. And finally, Louisiana probably produced the most black army officers of any state. A portion of these soldiers were free black Creoles, while others were former slaves. Many enlisted in the Louisiana Native Guards regiments that were organized in New Orleans. 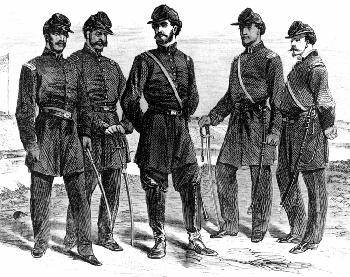